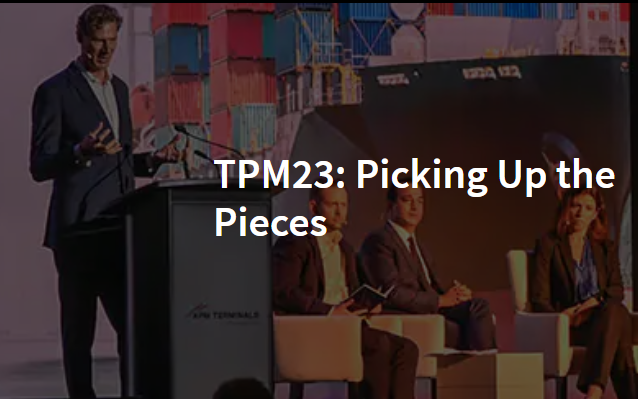 After being subjected to two years of the most severe disruption in modern history, international supply chain participants are exhausted, frustrated, and, as the second half of 2022 got under way, still searching for an elusive return to anything resembling a pre-pandemic normalcy. As summer turned into fall and volumes noticeably slowed as rates weakened, some believe normal flow will in fact be restored in early 2023, of course barring any new and unforeseen shocks to the system.

But the damage has been done. Confidence in the industry’s ability to deliver goods consistently has been shattered, stressing relationships to the breaking point as customers wrestle with the disorienting reality of an erosion in service being accompanied by the steepest price increases they have ever experienced. That has resulted a complete reassessment of long-haul supply chains whose cost and reliability was taken for granted. And that will come at a price: higher inventory needed just when interest rates are going up, consumer spending is slowing and the potential for recession is looming ever larger.

From a distance, much of the disruption to supply chains during Covid is explainable: Homebound consumers enriched by federal stimulus programs went on a historic buying binge, overwhelming ports and tying up capacity, ending rates and carrier profits soaring to previously unimaginable heights. But many shippers saw what happened as anything but explainable, and tensions only built from there. An industry historically operating with malleable contracts saw the tables turned on shippers long accustomed to negotiating lower rates when spot rates turned lower, but who had seen little of the opposite, when the market moves sharply against them during the life of contracts.

Experienced shippers are always wary of paying too little for ocean freight, a recipe for cargo being rolled, or pushed to a later sailing. But as carriers — some more than others — took advantage of a rare bull market in ocean freight last year to prioritize spot market cargo fetching up to $30,000 or more per FEU in some cases, shippers discovered the true meaning of an unfavorable ocean freight market as their contracts were powerless to get their full contracted volumes loaded on ships. Exporters who similarly saw their cargo de-prioritized as carriers rushed empties back to Asia took their grievances to Washington. And when importers long frustrated by unfair detention and demurrage billing joined with exporters, longstanding shipping law was put into play and ultimately rewritten for the first time since 1998.

Now, with spot rates falling steadily—to the point they are approaching pre-Covid levels of $2,000 per FEU as of late September the tables are turning once again, as shippers test the market by seeking relief from elevated contract rates committed to last year.

The rapidly shifting scenario makes the question of what the post-pandemic reality will look like the definition of a moving target. Was the shock so great that when more shippers and carriers throw in the towel on “playing the market” and sign index-linked contracts that effectively take price off the table and allow the parties to focus on collaboration and service? What’s the right fit when it comes to contracting and even securing dedicated air cargo, transload over-the-road trucking, and drayage capacity? How will tougher shipping regulation change the balance of power?

As September came to an end, US ports and inland networks remained highly congested, especially on the East and Gulf coasts. In Asia, where so much cargo originates, the impact of diminishing retailer expectations was rippling through the trade: Spot rates are falling fast, sold out ships are a becoming a distant memory and carriers are beginning to respond by blanking sailings due to weak demand for the first time since the frightening spring of 2020.

Headed into TPM23 on Feb. 26-March 1, what comes through most clearly as the extreme turmoil of the market begins to subside is ultimately the interdependence of the key parties involved. Carriers are nothing without cargo to fill their ships, and getting that cargo starts with relationships with shippers and forwarders. Shippers got burned in many cases, but if the experience of the past two years teaches anything, it’s the ultimate importance of smartly playing a market where only a few large carriers remain and access to capacity is a precondition for executing on long-haul supply chains.

Strained relationships can be repaired. Memories may be long, but pragmatism has always benefited those willing to remain open-minded. Container shipping is a market that ebbs and flows; that has not changed.

With this as our backdrop, and with so much to discuss, we can’t wait to see you in Long Beach.